DisComPoSe is among the official partners of the fifteenth edition of the Jornadas Internacionales de Arte, Historia y Cultura Colonial, organized by the Colonial and Santa Clara Museums of Bogotá which took place from 24th to 26th August as a virtual event. The conference, which this year is entitled Las otras Pandemias: iconografías e historias de enfermedades entre los siglos XVI y XIX, involved Colombian and foreign scholars who discussed aspects and issues concerning epidemiological disasters in history.

Two researchers of the DisComPoSE group, Yasmina Ben Yessef Garfia and Milena Viceconte, gave presentations, one focused on the circulation of knowledge and practices concerning infectious diseases in the Early Modern Age and the other on the configuration of an iconography of the plague in the Baroque visual culture. 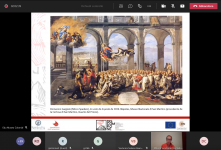 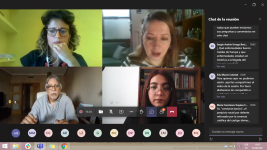 5 July, 2021: Intervention strategies in the face of disaster