Blog - Latest News
You are here: Home / 5 July, 2021: Intervention strategies in the face of disaster 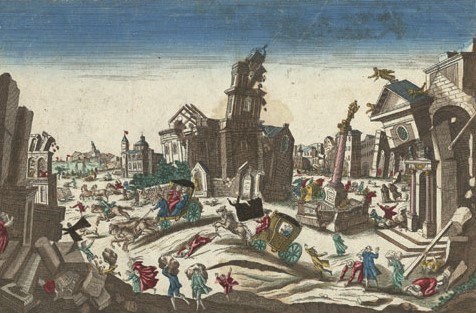 As part of the activities of the RED Geride International Network, the XV edition of the Historia & Disastres conference took place on 5th  July, aimed at promoting the historical and comparative study of disasters related to threats of a natural, biological and anthropic origin. Domenico Cecere participated with a presentation on the Estrategias de comunicación y de intervención frente a calamidades y epidemias en el Reino de Nápoles – siglos XVII-XVIII) (Strategies of communication and intervention in the face of calamities and epidemics in the Kingdom of Naples – XVII-XVIII century).

One of the main focuses of the research conducted by this scholar is, in fact, the development and implementation of emergency management policies in the Kingdom of Naples in the second half of the early modern age. The professor compared the attitudes of institutional actors to different types of threats: epidemics and disasters of an environmental origin. In particular, he concentrated on two little-known plague epidemics that hit southern Italy at the end of the seventeenth century and in the middle of the next century, and then on the institutional response to some earthquakes that struck the same area. This comparison enabled him to argue that, on the occasion of environmental disasters, the officers were inspired by the model of action indicated in the regulations and by the measures generally adopted in times of plague.

Go to the Programme of the event

Read the abstract of the speech

24-26 August, 2021: Iconography and history of epidemics
Scroll to top